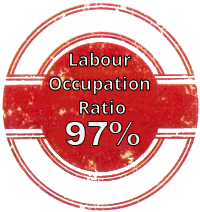 Relation of resources for the formation

Resources of Learning
The student has to his disposition the following resources of learning:

Libraries
The Universitat de Lleida has a service of Library and Documentation (SBD), recognized with ANECA’s qualit certification from 2003, and composed for:

Across the SBD there offer different services, to which it is possible to accede by means of the web page of the Library ( Biblioteca)

Action plan tutorial
The development and operation of the TAP is based on a series of actions to be undertaken in several stages throughout the academic year and are developed below.

The new student will be assigned a tutor in first year, which will deal with academic guidance, personal and professional. The college coaching model that develops in the UDL and specifically in the EURL is based mainly on the figure of the teacher-tutor.

The PAT begins on the first day of class to host a meeting for new students where they are informed about the objectives and general aspects as the organizational structure of the University, the School, about the educational, academic information, the student representation, etc.

Throughout the course, joint meetings are held and individual tutor / a student / s when the / a / such as / s request / n to address common or personal needs raised by his / her / the student / s. In any case, the tutor will meet at least once with all students who are assigned (second session) during the first semester and prior to the tests done in January-February.

Finally, a third meeting is scheduled tutor-student (individual session) during the second half to make a reflection on the first half and ahead of the second performance.

Over the course will also organize workshops / training sessions for students on time planning, learning strategies, information management, and preparation of exámenes.etc.